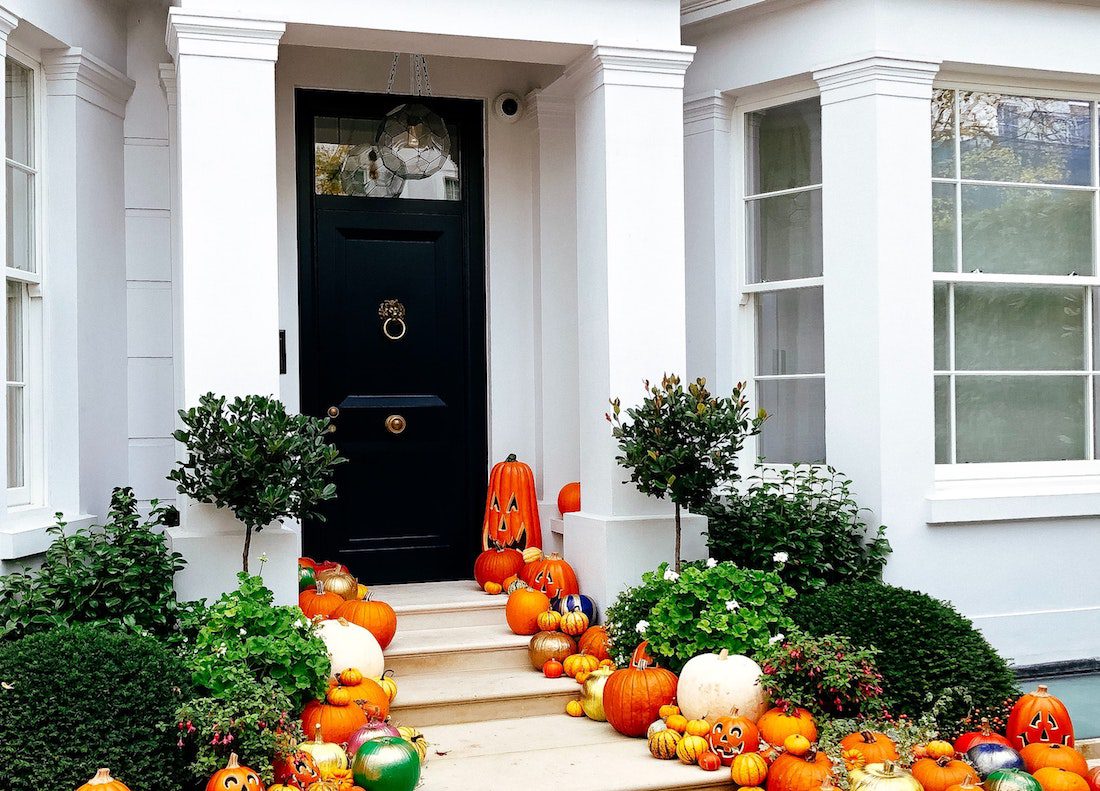 Posted at 09:11h in Mortgages by Jordan Vautier

The housing market has seen stable recovery, but a flood of foreclosures to hit the industry is in anticipation of 2021. About one-third of all Americans have missed housing payments in July. Entering into month five, August saw a 9 percent decrease in early-stage delinquencies. According to a consumer report by TransUnion, accounts in financial hardship – including credit card, auto, mortgage, and personal loans – continue to decline overall. Numbers reached under 6 percent, to 5.92 percent, for the first time since April. But in the same month, serious delinquencies – accounts entering a 30 day or more past due status – saw a 5 percent gain, and only there were only 6,000 new forbearance starts reported in August. Then, after six weeks of declining numbers, there were reportedly 21,000 new active forbearances as of the beginning of October. 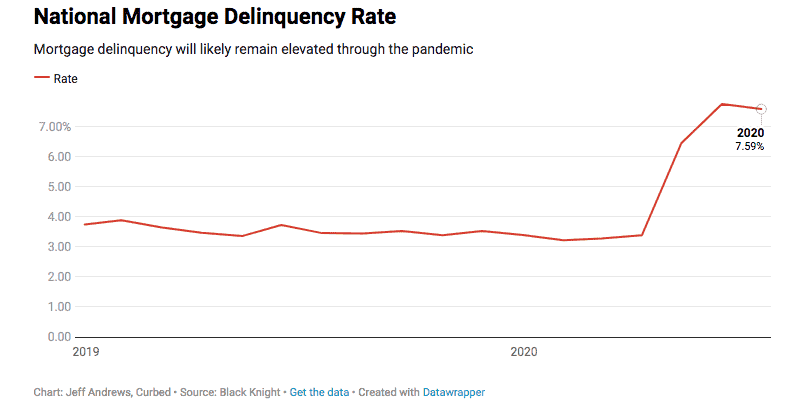 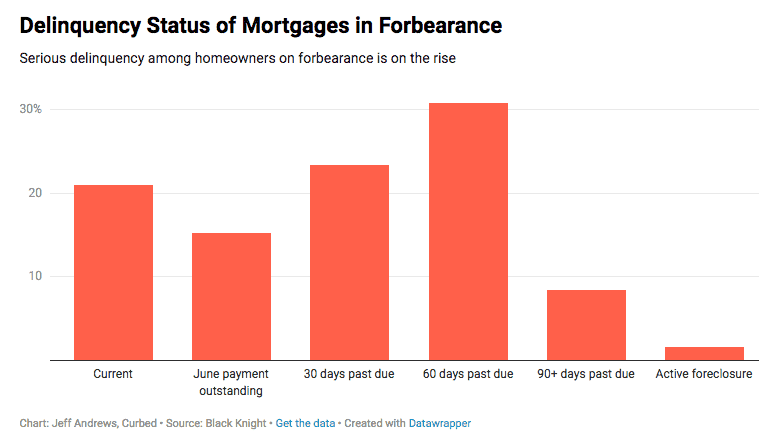 On a positive outlook, unemployment rates hit a six-month low at 7.9 percent. Additionally, home equity in America is at its highest, and less than 1 million of them owe more than their homes are worth – a huge milestone for the industry. Nearly 45 million homeowners were able to tap into an average of $125,000 of their equity – the largest ever volume and an increase of $3,200 than 2019. Equity has provided borrowers more options to support any risk of foreclosure. Homeowners may be in a better position than the industry thought.

Nonetheless, experts are predicting foreclosures will impact the industry in the next 8 to 12 months. A report from BlackKnight shows that mortgage delinquencies will not return to pre-pandemic levels until the year 2022. There are about 6.1 million homeowners who have entered a Covid-19 related forbearance. Currently, only 41 percent or 2.4 million of those homeowners have exited successfully. The other 3.6 million remain in active forbearances, and more than 75 percent of them had to extend their original three months terms since March. At 6.8 percent of all active mortgages, this reflects a 3.6 percent increase from pre-pandemic levels. BlackKnights data and analytics president Ben Graboske states:

“Just 54,000 loans at present represent significant risk – having left forbearance, are past due and not engaged in loss mitigation efforts. Seventy percent of those were already delinquent in February before COVID became a factor.”

As forbearance plans begin to expire, more than half, or 53 percent, of borrowers are still able to make payments on their loan. On the other hand, 14 percent are unsure how they will make their next payment. 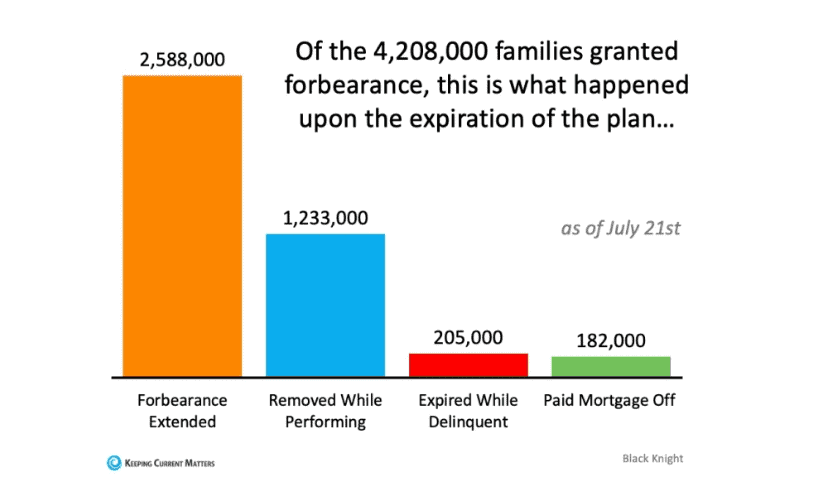 The big question: Will we face another foreclosure crisis in 2021?

Though the nation may be in a volatile state with a persistent pandemic, a split election, and economic recovery, there is no reason for panic for a foreclosure crash. Forbearance and other options such as loan modification programs offered by banks and lenders can still help protect borrowers.

If you have any questions about your current situation, we can help. Let us help you prepare for the rest of the year and what is to come.

This article is intended to be accurate, but the information is not guaranteed. Please reach out to us directly if you have any specific real estate or mortgage questions or would like help from a local professional. The article was written by Sparkling Marketing, Inc. with information from resources like BlackKnight, ATTOM Soluctions, and HousingWire.