Property Prices in California by Tier 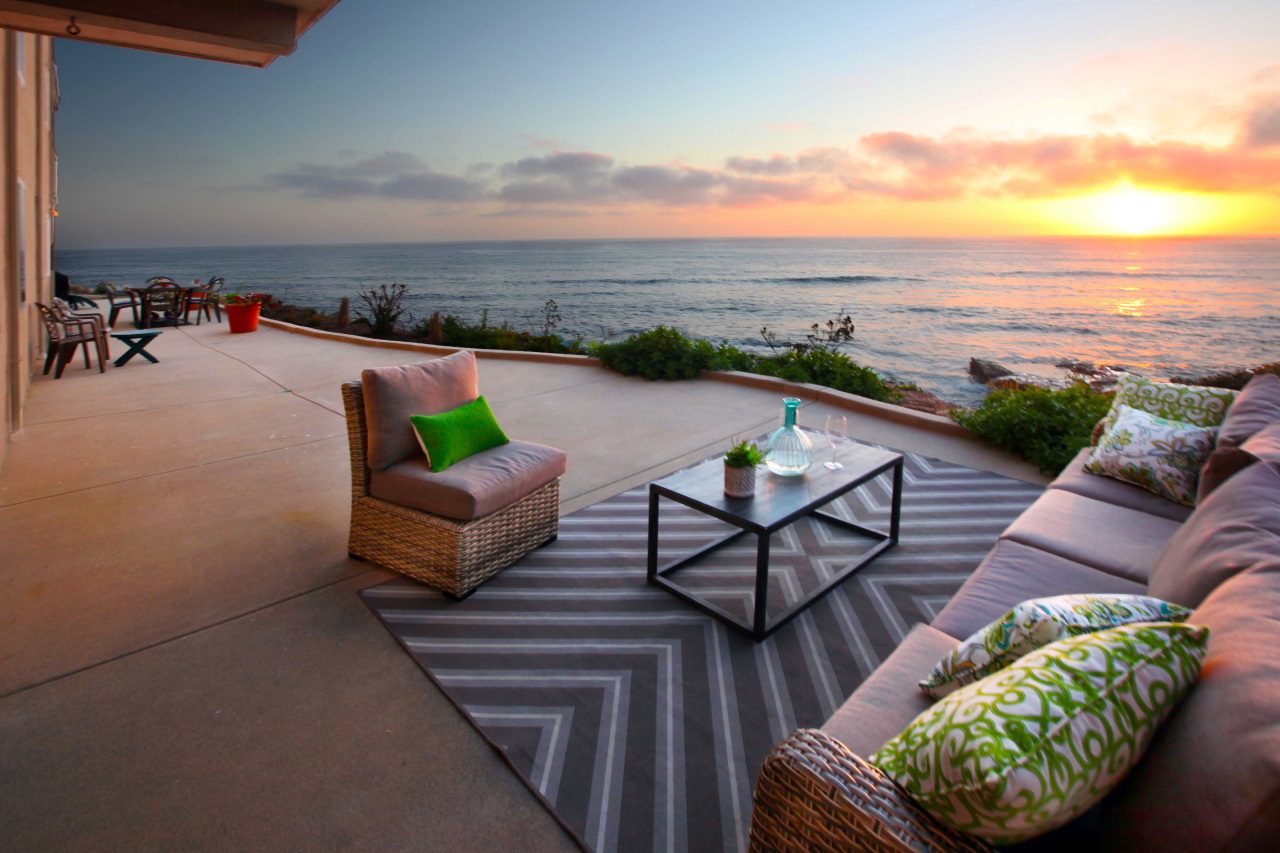 Posted at 11:00h in Economic News by Jordan Vautier

Home prices continued to rise slightly in California’s largest cities in April 2017. Across the low-, mid- and high-price tiers in San Diego, Los Angeles and San Francisco, they continued to rise compared to the previous month. The statewide average for low-tier property prices was 9% higher than a year earlier. Average mid-tier prices were 7% higher and high-tier prices were 4% higher than a year earlier.

You can anticipate home prices to continue to rise slightly through most of 2017. Although, the recent mortgage rate increase has caused hesitation among many homebuyers as their buyer purchasing power is decreased, even while home prices have quickly outpaced incomes. Therefore, home sales volume will continue to decline in 2017, with prices likely to follow by 2018.

Charts are updated monthly. There is a two-month lag in reported data. *The three pricing tier amounts listed in the Tri-City charts are averages of the tier constraints in Los Angeles, San Diego and San Francisco.

The above charts track sales price fluctuations of single family residence (SFR) resales in California’s three largest cities. Each city’s sales prices are organized by price tier, giving a clearer picture of price movement in each price range within the market.

To understand the “big picture” of the disparity between low-, middle-, and high-tier sales fluctuations, look to the Standard & Poor’s/Case-Shiller home price index as the authority. The index is an invaluable source of information and price comparisons for California’s three major cities and the state as a whole.

The above charts track changes in specific tiers according to the Case-Shiller home price index, displaying how different ranges of house prices in the market perform in comparison to one another. Portrayals of pricing in California take many forms. The index figure is particularly useful as it displays relative price movement rather than a misleading dollar amount which actually fits no single property.

Unlike many media sources, first tuesday shuns the simplistic median price approach. That approach tracks all home prices as a single tier by assigning them one average price. This one-price-fits-all dollar amount looks good on paper, but means nothing in the real world since it is a mathematical abstraction. Neither the actual nor adjusted median price represents the price of any single property. For the vast majority of properties sold or for sale, the median is a mathematical distortion.

Brokers seeking the actual value of a specific property would do well to remember that there is no such thing as a “median priced home” — you simply cannot find it. Median price is a statistical point which fails to work in the analysis of any price-tier analysis of properties, much less an individual property.

To determine how real estate will actually behave in the future, you cannot compare the price of a low-tier property with that of a high-tier property. Properties in different tiers move in price for very different reasons. Although the market tends to move in the same direction over time, the percentage of movement can vary greatly from tier to tier.

The best way to initially evaluate a property and set its price is to study comparable property values in the same demographic location (same house, same tract). Other ways to set the ceiling price include:

Now that the housing price bubble of the mid-2000s has burst, we need to know more than ever about the economic factors that cause real estate prices to move quickly or slowly. Also important is whether those factors affecting price can help us predict the speed at which different segments of the California real estate market will recover.

Price persistence is the tendency of listed prices in owner-occupied real estate to resist change, staying high even when the market for resale homes has dropped, a condition more commonly called sticky prices, downward price rigidity or the money illusion.

However, the Federal Reserve (the Fed) announced the increase of the short-term interest rate (a benchmark for mortgage rates) at the end of 2015. This didn’t impact mortgage interest rates at the time due to investor interest in the 10-year Treasury Note, which held down rates on both the 10-year T-Note and fixed rate mortgage (FRM) rates.

However, FRM rates began to increase significantly in November 2016. Going into 2017, home prices are likely to suffer due to the resulting decrease in buyer purchasing power.

The reluctance of prices to adjust quickly to real financial conditions in the real estate market is due to two causes. The first cause is the difficulty of finding a property through a gatekeeper such as a broker, agent or builder, and then agreeing to an appropriate price, called search frictions.

In the hunt for a home, these search frictions make it far more difficult for properties to change hands and prices to be negotiated at current market rates. This prevents deals from being made when making a deal is what everyone has in mind. Thus, these frictions hinder the speedy resolution of a financial crisis, and work to the future detriment of the multiple listing service (MLS) environment.

Seller’s agents could be far more helpful by figuring out what it is they are selling, the due diligence rub that they so far are finding difficult to act on, then prepare a humble package about the conditions of the property improvements (TDS/NHD and reports), its title, its operating expenses, neighborhood statistics and the like for the buyer and the buyer’s agent to be able to make fast decisions.

The second cause of this lag is the crippling load of debt underlying many California homeowners which makes leaving a property (for those who must relocate) more difficult,  called debt overhang. Excess mortgage debt on a property forces buyers and sellers to ascribe distorted values to the real estate, part of the money illusion driven by property debt.

Restabilization of real estate market pricing and sales volume to meet the current economic reality, a prerequisite for the commencement of a recovery, will be difficult until the mortgage debt overhanging property owners can be matched by the property’s value (called asset inflation),or reduced to that value (called a loan cramdown modification).

Ultimately, negative equity homeowners are forced to become more financially rational. The good news is, these underwater homeowners are decreasing as rising prices boost them into positive equity.

When brokers can broadly agree upon an appropriate price, property values will reset constantly to their basic worth — cash values — without prices and sales volume rocketing to the artificial heights of a housing price bubble or the artificial lows at the bottom of the bubble’s collapse. Thus, the historical (long-term) trend line of property prices will be more closely maintained from year to year; boring, but better for the livelihood of all involved.

However, the combination of search frictions and mortgage debt overhang tends to make property owners reluctant, or simply unable, to sell for the property’s fundamental value (the “true cash value” of the property at any given time), especially in negative-equity, owner-occupied residential real estate.

Instead, sellers keep their homes on the market longer, hoping in many cases to avoid default, fishing for the rare buyer who might be willing to pay a higher price. Seller’s agents in high-end properties tend to pander to these instincts. This leads to price stagnation, in which the fall of prices is unnaturally prolonged: not a good thing, since it greatly extends the length of a market collapse, as it did in Japan in the 1990s and Mexico in the 1980s.

If only we could stick to a cash price

Japan’s financial crisis of 1990 included a collapse in both commercial and residential property values. Income property prices were especially volatile throughout the collapse, ultimately falling faster and deeper than owner-occupied residential prices, but bottoming sooner since investors are more rational. Owner-occupied residential real estate, which had a much higher variety of pricing and a greater burden of debt, also eventually fell catastrophically, but less dramatically.

The difference in price movement is because income producing real estate is more easily evaluated (by capitalization rates (cap rates), income flow, and replacement costs) and typically less burdened by high loan-to-value (LTV) debt ratios so equity remains to be worked with. These conditions of ownership make it easier for buyers and sellers to agree upon an appropriate price; thus, providing the owner with the ability to cash out — greater liquidity.

The relative ease of income property evaluation makes that part of the real estate market a more exciting and less predictable field, as cap rates can change dramatically, altering market values in a moment. Conversely, owner-occupied residential property moves slowly and steadily with sticky pricing, sellers not reacting to the recessionary market forces existing at the time. The historical reality of market implosion.

Readers should remember that real estate pricing often fails to correspond to objective reality. The discrepancy between the prices that homeowners set and the prices homes actually garner in the market is attributable to the human factor. Outrageous bubbles become more outrageous, and collapses become more devastating, due to a common set of irrational beliefs about market behavior. The most dramatic example of market fallibility took place in the very recent past — our Great Recession.